I am a big believer that those of you who read murder mysteries are more than a bit brighter than the average person. I respect that and, as a result, I use my journalistic training to research the names, locations, etc. in my books so they are as accurate, and authentic, as possible. 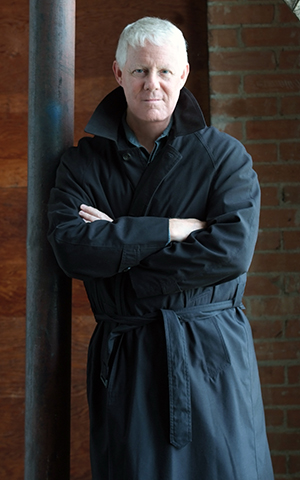 Eaton was raised in Kansas. In first grade, he wrote a letter to Dr. Seuss offering to help the renowned author create his next book, a book Eaton had already given the title, "There's A Moose on the Loose on the Chickanoose Trail." The author wrote Eaton a kind rejection letter that encouraged them to keep reading and writing books.

And that’s what Jeffrey Eaton did. His favorite books as a child included The Hardy Boys Series, Agatha Christie novels and "A Wrinkle in Time" by Madeleine L'Engle, whom Eaton unexpectedly met once in New York when he spontaneously accepted a dinner party invitation.

Growing up, he was a huge fan of the William Allen White Children's Book Award program in Kansas. he even urged librarians to let kids read during the summer months the books named to the award list for the coming year, something not allowed when he was in elementary school.

CAREER AS A WRITER
Eaton was graduated from Southern Methodist University in Dallas with a degree in journalism. He instantly put it to use, becoming editor of the university's alumni magazine at age 23 and editor of the employee publications produced by an international oil company at age 25.

He formed his own free-lance writing business at age 27 and by the age of 30, had been to 45 countries on five continents. Among his most memorable assignments were interviews with a prime minister, a world-renowned heart surgeon, and the CEO of one of South America's state-owned oil companies.

NOW A SUCCESSFUL NOVELIST
Eaton has now returned to his first passion – writing novels. The "Murder Becomes" series featuring architect/detective Dalton Lee unites Eaton’s love for intrigue with his passion for travel with his excitement for crafting word puzzles. He hopes you enjoy reading these tales as much as he delights in creating them!